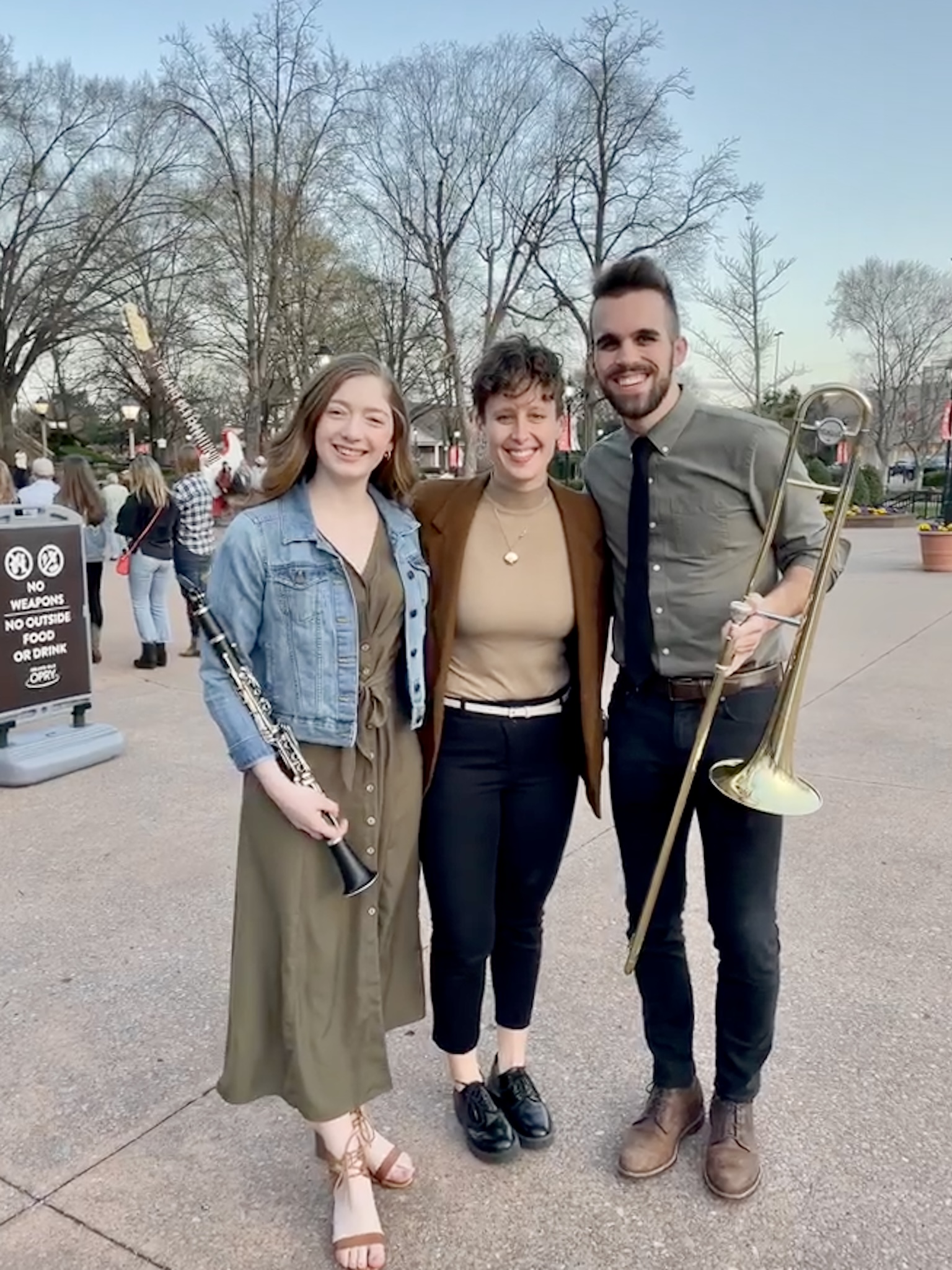 Directors Ellie VanderVeen, Mykayla Roskos-Neilson, and Jacob Zehr after performing with the Band Program outside the Grand Ole Opry Center on the Spring 2022 Nashville Trip. 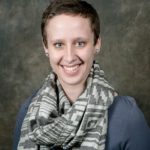 Mykayla Roskos-Neilson is currently in her third year with the Fairfield Band Program. She previously held the position Director of Bands at Mississinewa Community Schools. There, she started the jazz program and the marching program. Ms. Roskos-Neilson is an alumna of Fairfield and received her undergraduate degree from Manchester University in Instrumental Music Education.

Ms. Roskos-Neilson is the second chair trumpet of the Manchester Symphony Orchestra and plays in local performances as well. She has also created and released two singer/songwriter albums of her own, entitled ‘Cherished’ and ‘I’. 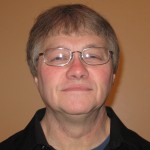 Larry Becker has been the staff accompanist, assistant director, and audio specialist for the Fairfield choirs for the past 10 years.  He received his BA in Music from Goshen College where he also minored in broadcast communications. Before coming to Fairfield, Larry worked in the audio business recording ensembles such as the Vesper Chorale, the Rosedale Chorale, and the Goshen Community Choir.  Mr. Becker also spent 20 years working in broadcast television working at WSJV and WNDU. 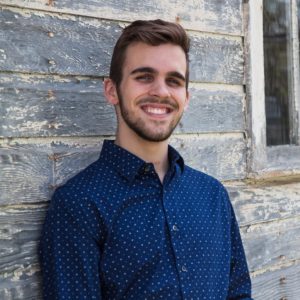 Jacob Zehr is a graduate of Goshen College with a degree in Music Education concentrating in voice and piano.  He currently directs choirs from grades 6-8, while also co-teaching the other high school curricular choirs. Zehr directs the show choir Fusion as an extra-curricular, while also assisting in directing the fall musical.

While a student at Goshen College, Jacob sang in chamber choir, having opportunities to work with such conductors and musicians as Vance George, Bobby McFerrin, and Garrison Keillor. Besides giving recitals in piano and voice to complete his degree, Zehr performed in main roles in musicals such as Godspell 2012 and Pirates of Penzance, while also performing chamber works such as Vaughan Williams’ 4 Hymns for Tenor, Viola, and Piano.

Zehr currently sings as part of the St. Joseph Valley Camerata chamber ensemble, and has sung with other local choirs in the past 2 years.  He currently resides in Goshen, IN. 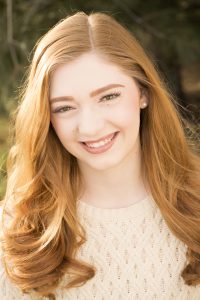 While a student at Anderson University, Ellie studied voice and conducting with Dr. Richard Sowers and performed in multiple ensembles including the AU Chorale, Symphonic Choir, Gospel Choir, Handbell Choir, Wind Ensemble, Jazz Band, and Orchestra as a clarinetist/saxophonist. She also served as a director for the Our Town Plays Community Theatre Troupe in her hometown of Franklin, Indiana. VanderVeen is a member of the Indiana Choral Directors Association and the Indiana Music Education Association.