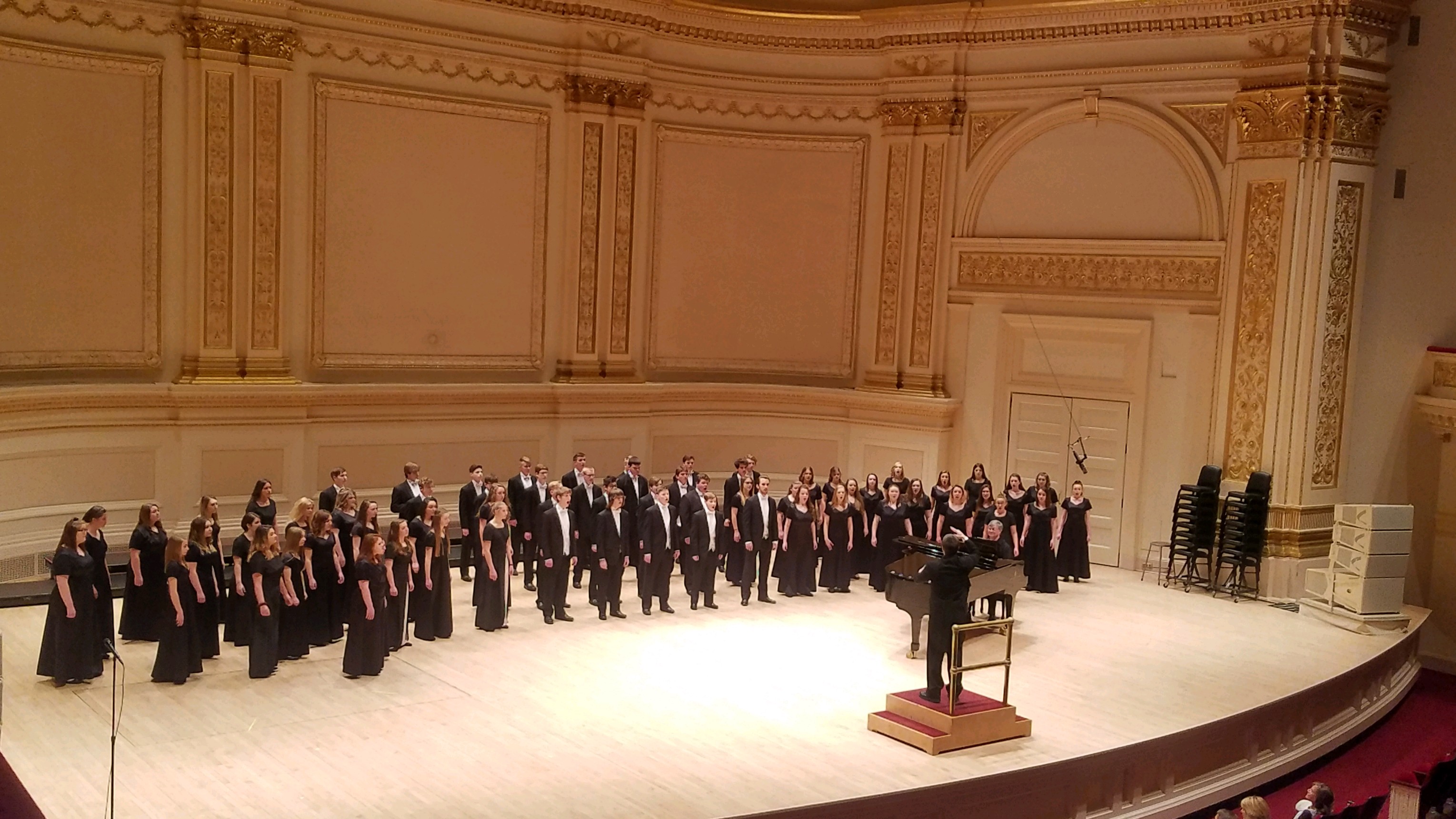 Advanced Chorale, Fairfield’s premier concert choir, is an auditioned ensemble comprised of students in grades 10 – 12.  They have consistently received Gold Ratings in the highest division of the Indiana State School Music Association’s state contest and are five-time state finalists, including a 4th place finish among all Indiana high school choirs in 2015.  The choir has also been recognized on a national level, placing first at the Heritage Music Festival in New York City where they performed at the historic Riverside Church on the Upper West side of Manhattan. Advanced Chorale was the featured high school performing choir at the 2015 Indiana Music Educators Association Convention in Ft. Wayne, Indiana.  In 2019, members of the Fairfield Choral program combined under the direction of Ben Kambs to perform in the New York Invitational Music Festival at the world-renowned Carnegie Hall.  They are directed by Jacob Zehr, assisted by Ellie VanderVeen, and accompanied by Larry Becker. 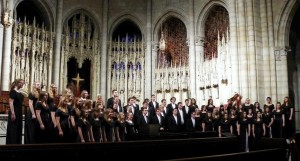 Advanced Chorale performing at the historic Riverside Church in NYC, 2012.

Concert Choir is a non-auditioned ensemble comprised of students in grades 9-12.  Members of this ensemble perform in four concerts per year and are encouraged to participate in the district ISSMA Solo & Ensemble contest, hosted at Fairfield High School.  Concert Choir has consistently earned Gold ratings in the highest division of the Indiana State School Music Association’s state contest. They are directed by Ellie VanderVeen, assisted by Jacob Zehr, and accompanied by Larry Becker.